Why the Los Angeles Temple 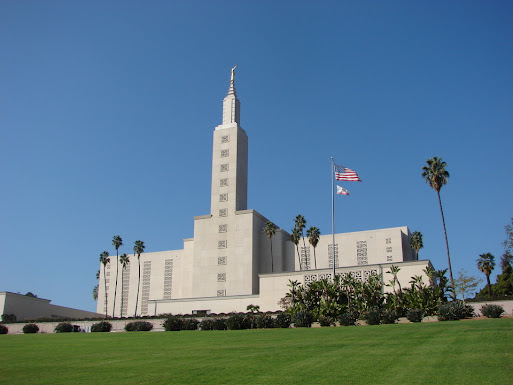 The Los Angeles Temple was announced on March 23, 1937, by church president Heber J. Grant, when the church purchased 24.23 acres (98,000 m2) from the Harold Lloyd Motion Picture Company. Construction was to begin soon thereafter, but financial difficulties relating to the Great Depression and World War II delayed the groundbreaking until 1951. The temple plans were revised at this time to include a priesthood assembly room, an unusual feature in temples built after the Salt Lake Temple. It was also expanded to accommodate an unprecedented 300 patrons per session. This was the first temple with an angel Moroni statue since the Salt Lake Temple. When the statue was installed, it faced southeast, as the temple does. It was later turned to face due east at the request of church president David O. McKay.  The Los Angeles California Temple was closed for renovations in late November 2005, with reopening initially scheduled for May 2006, but eventually delayed until July 11, 2006. The renova
2 comments
Read more